We've all been there: you open Google looking for "Web 3" for the first time. You open the first credible article and read the first paragraph — you find the word “blockchain.” And you think, “What is that? Oh, it has a link!”.

You opened that link hoping you'd learn what a blockchain is. But then the “smart contracts” term comes up… And “tokens,” “fungible tokens,” “NFTs,” “ledger,” “hash,” “block,” and many more!

You keep opening the links and reading through the content. You now realize you have 30 browser tabs opened. Then 50 tabs. I feel you! That was exactly when I realized the need to summarise as much information as possible in a single place.

My take is to share a glossary of the key terms and then connect them. Are you ready? Welcome to the incredible world of Web 3!

A token is a digital asset's ownership record, which gives users property right over pieces of media and the ability to transact them. And they can be of two types:

A virtual wallet is somehow like a container where we keep all our tokens, be it fungible — cryptocurrencies — or non-fungible, like NFTs. Additionally, they contain our personal and identity information that allows us to connect to platforms and third parties in the same way we previously used Facebook's or Google's single sign-on capabilities. The user can log in to multiple apps and websites with a single set of credentials — but, this time, we are the ones who control our data and decide which parts to share with which entities.

A blockchain, like Ethereum, Solana, or Filecoin, is the technology that allows peers (computers) to work together to form a distributed ledger. Imagine having a digital system where a list of immutable token transaction records is simultaneously maintained at multiple points throughout a network while being open to everyone, which is virtually impossible to be changed.

These are the three main characteristics of blockchains:

By definition, the blockchain comprises blocks, where each block is a list of token transactions. Every block has a reference to the previous block, allowing it to be linked chronologically, composing a chain of blocks. And each block contains:

Transactions are how we transfer tokens between peers. Performing a transaction implies a few different steps. Imagining that I want to transfer 1 Bitcoin to John Doe, here's how that transaction would work:

Step 6 is key in this transition for the whole system to work. The other nodes must agree to add a block to the blockchain. And for the other nodes to agree, they need to reach a consensus by one of two means:

We've looked at some of the most relevant building blocks of Web 3 but haven't figured out why they're so important yet. What do they bring to the table that changes the game? What's the novelty? What's different?

The introduction of Web 2 opened the space for content creators to start creating and propagating their own content, rather than just being able to consume professional content.

But while this opportunity was given to content creators, they still didn't get the means to ensure their content would be properly and fairly profitable. On the other hand, big tech companies like Facebook, Twitter, or Google could capitalize on all the user-generated content by selling personal data, generating astronomic revenue.

Web 3 provides the foundation to create an open, shared, and decentralized version of the Internet. Users and content creators control their own data, assets, and creations, having an active and democratic voice over their content governance — they're now the real owners.

Thus, organizations no longer act as middlemen for the commercialization and exhibition of this content, taking huge profits from the intermediation (the so-called middlemen tax) and drastically affecting the actual creators' profits from their own creations.

A new paradigm for data ownership

On Web 3, companies, also known as DAOs (Decentralized Autonomous Organizations), are supposed to be decentralized and transparent. They're no longer the owners of digital content, whose ownership gets transferred to their creators.

The companies are represented by rules encoded as transparent computer programs controlled by their own members, not directly or indirectly influenced by a central government. Besides that, their financial transaction record and program rules are maintained on a blockchain. Their members have the autonomy to independently and transparently rule their company based on a shared set of rules and on the openness to having a say in the organization's future.

DAOs and traditional companies in the same industries may have similar goals — but they differ on transparency or the way they make decisions. Business and smart contracts fulfill the same purpose but vary in transparency and reliability. Web Apps and decentralized apps (also known as dApps) may function the same way at the surface, but while the first ones are centralized, the latter is wholly decentralized, not hosted on a single server but in nodes worldwide.

Some good examples of the switch of mindset are mirror.xyz or audius.io. They're decentralized alternatives to well-known, directly comparable platforms such as medium.com or spotify.com — where writers and music producers get full ownership over their work and earn directly from their consumers.

Despite all the hype around it, we cannot say that Web 3 has completely arrived; on the other hand, great products and services are already operating on top of Web 3 principles. And while they might look very similar to the products used in the context of Web 2 — to the naked eye — it's the way they function under the hood and the principles they're built upon that are the real game changers.

"Web 3 offers a new way that combines the best aspects of the previous eras. It's very early in this movement and a great time to get involved.

Now, we understand more about what's going on and what to expect from this new decentralized web. If you got hyped or are willing to know more, you can check some of these awesome Web 3 products:

If you’re interested, you may also consider connecting with other people on this topic:
‍
Discord 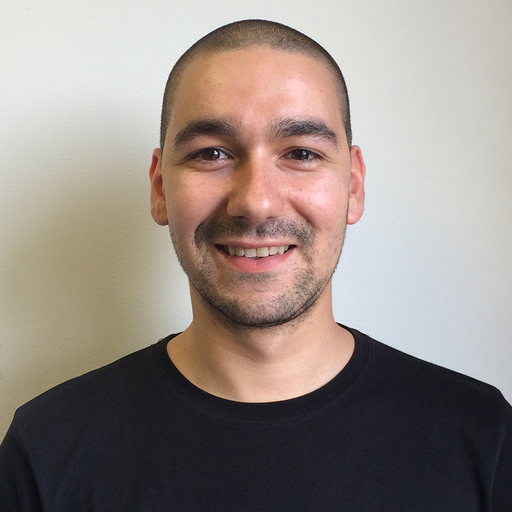 Caching strategies for your website: SSG, SSR, and CDN

When choosing the tech stack for a project, we often ask ourselves what kind of website we'll be building to better assess the right options for the project.